I have spent half the night revising for my exam tomorrow (well in about 4 hours) because I was writing the statement for my tribunal with the Department of Work and Pensions. I literally had to take Diazepam earlier and fall into a deep sleep because I felt that stressed writing about my disability in depth as I have to in order to be awarded Personal Independence Payments so that I can at least keep a roof over my head (due to the knock on effects of being under 35, housing benefit gets knocked right down, and half your Employment and Support Allowance gets taken down because they take the disablement component away.

This is basically an exercise where I have to prove I’m disabled enough to be able to have enough benefit to not end up homeless. I don’t have much hope because I have read that there are literally terminally ill people dying on the streets due to having their benefits taken away. And there was supposed to be a specific benefit which is designed for those who aren’t expected to live that long due to terminal illness etc.

People are getting treated horrendously, it’s like we are living in a third world country. I’m not someone who can just sit there and watch cruelty happen. I have to say something (which is sometimes how I’ve got myself into trouble). If I hadn’t spoken up about sexual abuse as a teenager which involved quite a powerful male figure around here, then I’d probably not have got the crap written on file about me which I’ve discovered over the last couple of years. I walk around the local city and every week I see more and more homeless people than there ever has been. It is all down to these benefit changes. These people have done nothing to deserve having no home.

Universal credit is something I’m dreading being switched over to because a lot of them I’ve spoken to say that those changes led to their current predicament. I’ve seen police telling them to vacate the area, however, they have no where to go. They just move to another part of town and get told to move on again. I may end up as one of them. It’s not going to help my predicament and I will lose everything but I know this is what some people think that I deserve. I keep seeing a vision of myself on the streets having no where to go. That scares me because I can pick up things and have been accurate many times in my life. The horrible thing is that I’d love to be able to help everyone. There is just too many people in need. I hate to see suffering and end up in tears because I feel other people’s pain emotionally. I am disgusted at what is going on out there. I know that people have assumed that I’m an awful person because of things that have gone on, but if anything, I actually care too much. That is why I try to involve myself in people’s lives where I’m not wanted.

Anyway, the finished statement for my tribunal is below. I’ve taken off my full name, case number and signature because they are private information to me. I don’t want people faking my signature or being privy to my actual case number and only those that know me personally are aware of my surname. 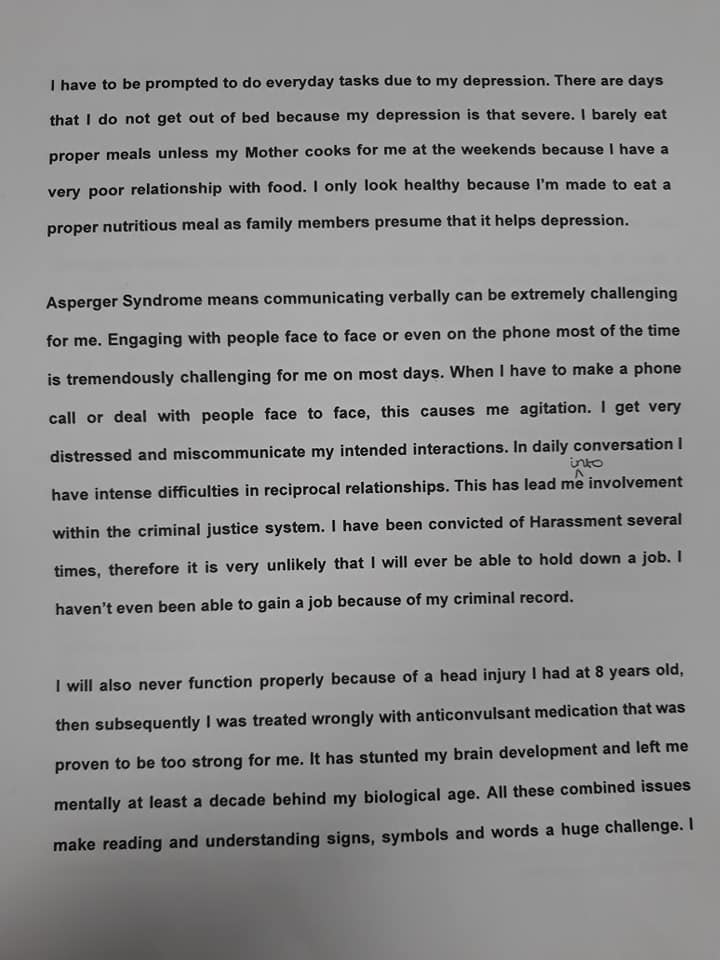 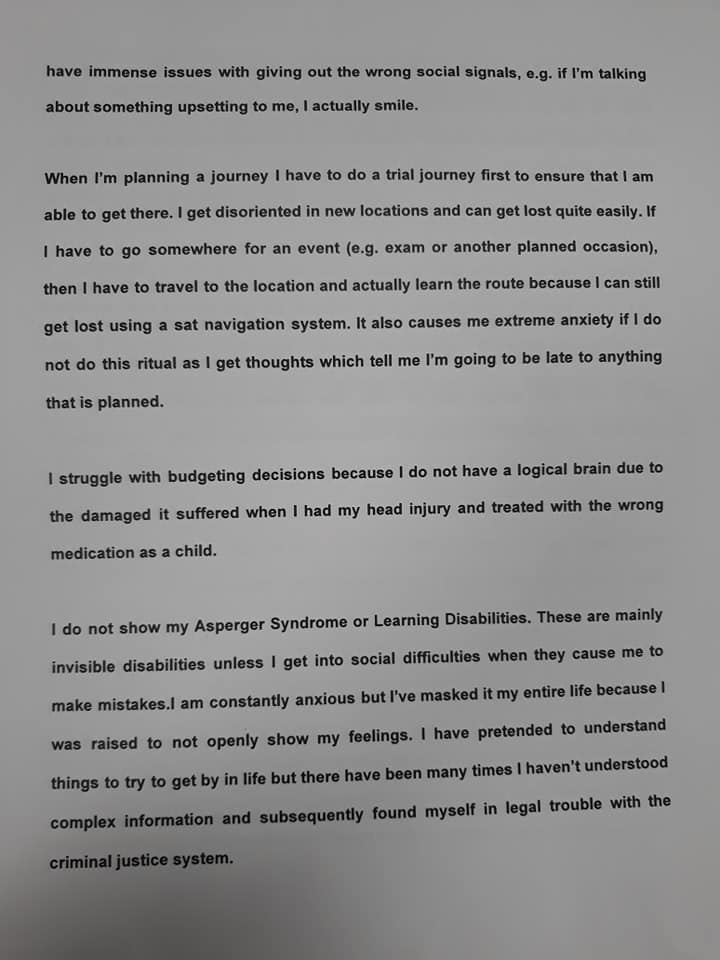 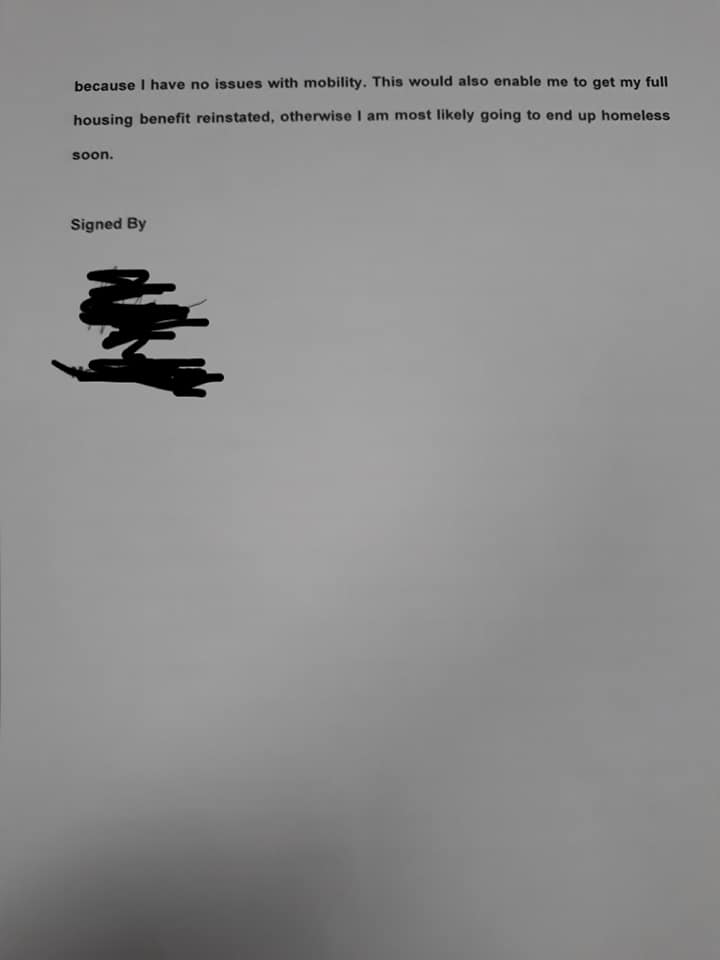